“We welcome the first A350 home on South African soil. The introduction of the A350s offers a new beginning for the airline and will contribute to the airline’s operational efficiencies, and get SAA back on track. It is an important step-change as we continue to make progress to transform our business and return the airline to financial sustainability in the shortest time possible,” says Zuks Ramasia, SAA’s Acting CEO.

The first aircraft arrived amidst much excitement with employees welcoming the new acquisition as the latest arrival to boost SAA’s fleet with modern, fuel-efficient aircraft, which presents a superior customer experience.

The aircraft will operate on one of SAA’s ultra-long haul routes between Johannesburg and New York’s John F Kennedy International Airport (JFK), replacing the Airbus A340-600 on this route and will still be operated on a nonstop basis. As additional aircraft are introduced, more routes will be operated by the Airbus A350-900s.

Business and Economy Class customers will enjoy the quieter cabin, a more relaxing environment during flight. The Airbus A350-900 is configured with a maximum of 339 seats, of which 30 are Business Class seats and 309 are Economy Class seats, with the first six rows in Economy Class offering extra legroom to provide a more comfortable experience, especially on longer flights. The Business Class cabin has lie flat beds.

The aircraft also offers a modern In-flight Entertainment (IFE) system throughout the cabin.

SAA is set to receive four Airbus A350-900s over a period of six weeks, and all four are expected to operate commercially by mid-December following regulatory approvals and training. SAA will operate the aircraft for three years.

The first two aircraft are nine months old and previously flew commercially with another carrier. Aircraft number two and three are scheduled for arrival during the first week of November and the fourth aircraft will arrive in early December.

The last two aircraft are brand new and will be delivered to SAA directly from the Airbus factory in Toulouse, France. These two aircraft are sub-leased from Air Mauritius and will also fly with SAA for three years.

The commonality and common type rating between the Airbus A350-900 XWB powered aircraft and the other Airbus aircraft in SAA’s fleet translate directly into cost saving for training pilots, crew, engineers and technicians as well as for spares inventory.

The A350-900 XWB has excellent range/payload performance on long-haul flights departing from Johannesburg (the hot-and-high consideration). SAA will achieve approximately 25% lower operating costs (cash) operating the A350-900 XWB, over a 5-year period, compared with some of its four-engine aircraft generation that has similar range and payload capabilities.

SAA will also benefit from approximately 40% lower cost for maintaining the A350-900 XWB’s airframe over a 5-year period.

The aircraft will be equipped with Rolls-Royce Trent XWB engines. Since entering service in 2015, the Trent XWB engines have flown more than five million hours and are regarded as the world’s most efficient large aero-engines.

“With this we extend our relationship with Rolls-Royce and the Trent family of engines by adding the Trent XWB to a fleet that already includes the Trent 700, powering the Airbus A330s,” says Ramasia. 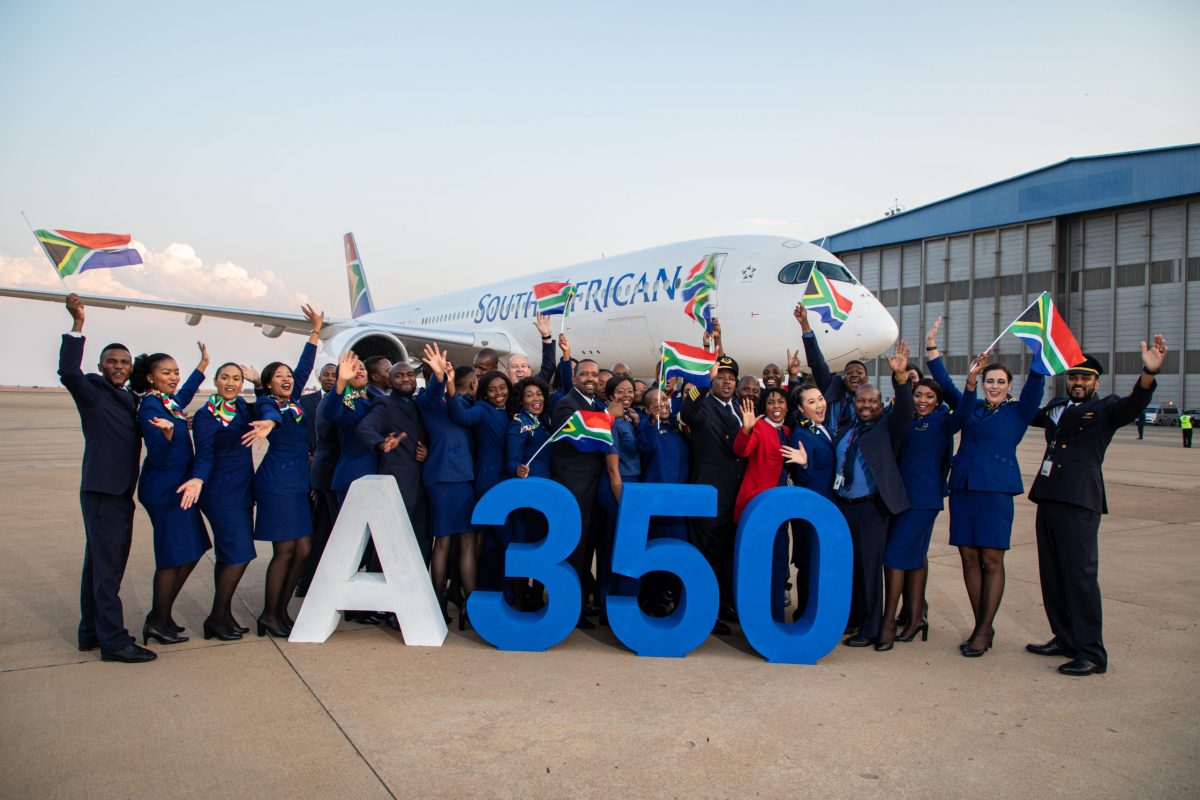