OUT WITH THE OLD – AND IN WITH THE NEW FOR BERLIN AIR TRAVEL!

The 70-year-old Berlin-Tegel Airport, known for playing an important role in the Berlin Airlift at the end of WW2, has shut down its operations and full functionality has been moved across to the new Berlin Brandenburg Willy Brant Airport as of 8 November 2020.

The new Berlin Brandenburg Airport is situated in Schönefeld, just south of the German capital Berlin. Named after former West Berlin mayor and West German chancellor Willy Brandt, the new airport is located 18 kilometres outside of the city centre. A new airport was required, as the Berlin Tegel Airport did not include runways long enough for the Airbus A38- super jumbo crafts which limited airlines from being able to use it – and ultimately limited German tourism.

Construction on the new airport started in 2006, but a series of successive delays saw the official opening shift to 31 October 2020. Terminal 1 of the airport is fully functional and EasyJet, Turkish Airlines and Qatar Airways have all resumed their flights at the new airport. Terminal 2, scheduled to open in 2021, is situated next to terminal 1 and has capacity of six million passengers per year – a great upgrade to the airport and for German tourism. 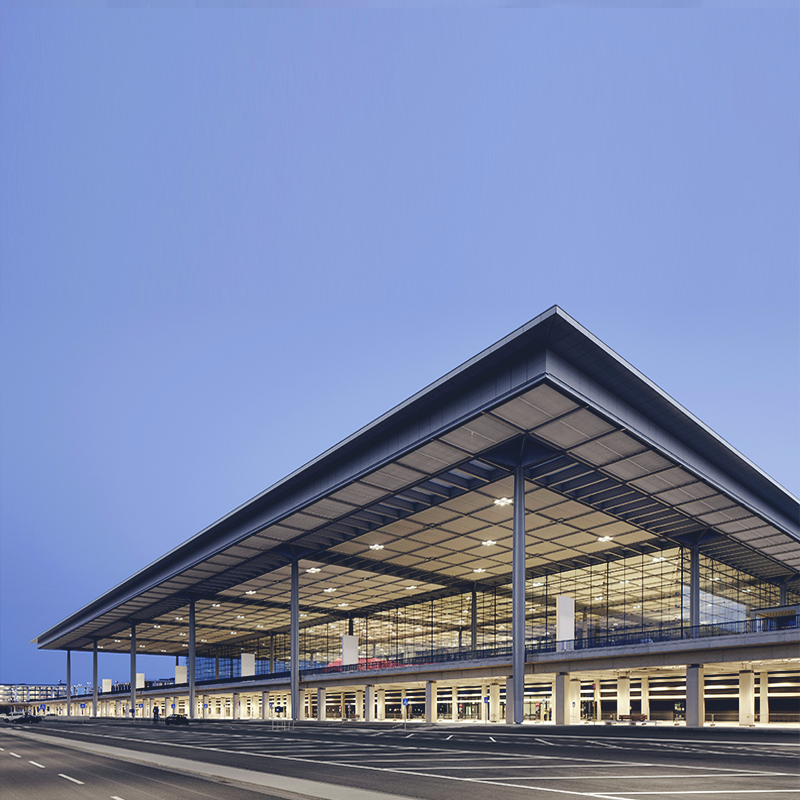