When the Single African Air Transport Market finally launched in 2018 it was lauded as the first major step African countries have taken towards cheaper continental flights and creating a healthier business travel environment. Eighteen months later, where are we with the agreement and what additional benefits will it create for Africa’s travelling public?

The Single African Air Transport Market, or SAATM, draws similarities with the EU–US Open Skies Agreement; the latter allows any airline of the European Union and any airline of the United States to fly between any point in the European Union and any point in the United States. Africa’s version will create a single market for air transport in Africa. Once it gets over current political hurdles and finds traction, the single market should facilitate significant freedom of air transport in Africa, but so far, the project has been tarnished by delays. The AU Commission aims to have at least 40 AU member states join the Single African Air Transport Market (SAATM) by the end of 2019 — currently, 28 signatories have signed the agreement.

Politics aside, we wanted to unpack the expected benefits of the Single African Air Transport Market and how it will make life easier if you travel around Africa to conduct business.

SAATM promises job creation on the continent made possible by the African continental free trade area and freer movement of people. Research conducted by IATA in 2014 showed that liberalising routes for just 12 key African countries will give economies on the continent a boost by creating more than 150 000 additional jobs and adding $1.3 billion to the continent’s annual GDP.

The potential of intra-African tourism will be realised with greater passenger volumes and fewer bureaucratic travel restrictions imposed on our people. Making it easier for Africans to visit African countries without the burden of demanding, paperwork-ridden visa applications or expensive, indirect air travel will further boost the revenues African countries can generate from tourism activities.

Any chance to save on the cost of business travel will be a welcome reward of SAATM and it is said that the project will drive down airfares by increasing competition (between carriers) and allowing the airlines of signatory countries to freely access each other’s airports. Whether they exist or not, single market participant nations don’t have to rely on bilateral agreements to access other airports included in SAATM. In addition, the project will help travellers where regional air links between cities are expensive or non-existent.

5. An integrated, prosperous and peaceful Africa

It’s a lofty claim but it is expected that the Single African Air Transport Market will be significant for Africa’s overall development. While progress is afoot, the AU commission will need to work on overcoming bureaucratic and political complexities. SAATM’s benefits will not be fully unlocked unless there is effective implementation of the countries who have joined while simultaneously driving further adoption by the African countries yet to sign up. 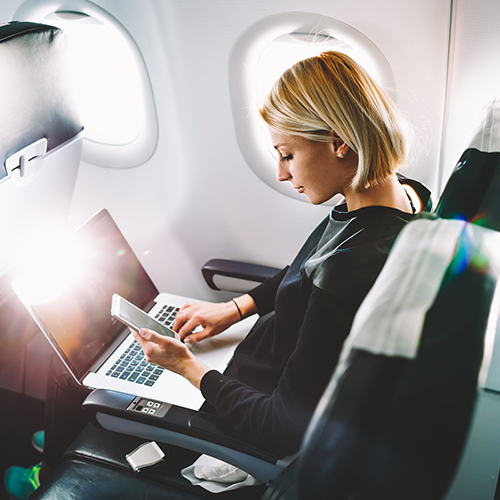