Welcome to Corporate Travel Chronicles, your monthly news round-up bought to you by Club Travel Corporate. This news in brief summary is designed to help you, the travelling professional, navigate the thrilling and fluid world of business and corporate travel. By bringing you the latest developments impacting South African business travellers we will keep you abreast of the most important stories in recent weeks delivered in an easy-to-digest, bite-sized format.

For Great Returns on the business travel news of today, sign up for our newsletter and you’ll never miss a beat!

Corporate Travel Chronicles keeps you on the pulse of industry updates, airline anecdotes, travel advisories among a pick of the most important stories in recent weeks.

For September 2019 we bring in to focus:

Qatar Airways will fly to Luanda, Angola from March 2020

Qatar Airways will launch a new service between Doha and Luanda, Angola, starting March 2020. Qatar Airways, which will operate up to five flights per week to Angola’s capital city, will fly the Boeing 787 Dreamliner aircraft, featuring 22 seats in Business Class and 232 seats in Economy Class. Luanda is the latest destination in Qatar Airways’ rapidly expanding African network connecting Luanda to key cities in the Far East, South East Asia, and Europe. Qatar Airways Group CEO, Akbar Al Baker, said: “Qatar Airways is committed to growing our presence in Africa and adding to the 24 destinations in 17 countries we already offer”.

Etihad Airways and SIXT car rental have partnered on a new initiative to provide airport transfers to passengers globally. Etihad passengers can add the optional transfer service to their flight via etihad.com immediately after purchasing their airline ticket, or up to one hour in advance of travel. The new service covers various car categories from limousines to 4×4 off-road rentals to SUVs – all operated by professional chauffeurs.

Air Tanzania, the flag carrier of Tanzania, has suspended flights between Dar es Salaam and Johannesburg, citing violence in South Africa as a risk to passengers. “There is ongoing violence in South Africa whereby the youth have taken laws in their hands,” Tanzania’s Transport Minister Isack Kamwelwe said. “Due to that, we have decided not to transport passengers to the destination where their lives will be in jeopardy.” It is unclear as to how long the suspension will last.

SAA pilots strike on the cards

South African Airways pilots have given notice of a possible strike 90 days from now. The SAA Pilots Association (SAAPA) wants radical change at the national carrier and has issued senior management with an ultimatum – SAA must get their affairs in order or face strike action in ninety days. In a statement, SAAPA revealed that numerous engagements with the national carrier’s management, on the pilots’ frustrations, had not yielded the desired outcomes. SAAPA listed a range of demands, noting that the regressive nature of the state parastatal, and its inability to function without nepotism and corruption, was going to leave them with no choice but to take matters to the streets. “The decision to embark on industrial action is not one that the pilots of SAA take lightly. Indeed, if such a strike is embarked upon, it would be for the first time in SAA’s 80-year history,” SAAPA said. Furthermore, the pilots warned that if issues such as the glaring skills deficit were not addressed soon enough, pilots would be left with no other choice but to resort to taking industrial action.

Marriott International reinforced its commitment to Africa by announcing it expects to add 40 properties and over 8000 rooms across the continent by the end of 2023. The company also announced signed agreements to open its first property in Cape Verde and further expand its presence in Ethiopia, Kenya, and Nigeria. Marriott’s development pipeline through 2023 is estimated to drive investment of over $2 billion from property owners and is expected to generate over 12 000 new jobs in Africa. Marriott International’s current portfolio in Africa encompasses close to 140 properties with more than 24 000 rooms across 14 brands and 20 countries and territories.

Is there a story you’d like us to feature? Perhaps you have a business travel update to share? We’d love to hear from you so tweet us @ClubTravelCorp or email us on corp@clubtravel.co.za. 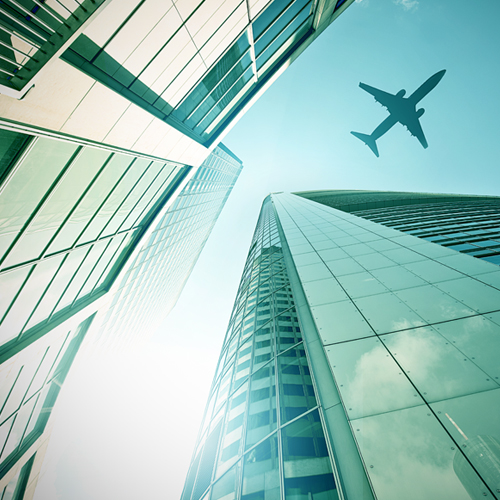