Welcome to the debut edition of Corporate Travel Chronicles – a new monthly instalment brought to you by Club Travel Corporate. This news in brief round-up is designed to help you, the professional, navigate the thrilling and often fluid world of business and corporate travel. By bringing you the latest developments impacting South African business travellers, it is our intention to keep you in touch with the most important stories in recent weeks delivered in an easy-to-digest, bite-sized format.

For Great Returns on the news of our time, sign up for our newsletter and you’ll never miss a beat!

Corporate Travel Chronicles keeps you on the pulse of industry updates, airline anecdotes, travel advisories among a pick of the most important stories in recent weeks.

The South Africa – U.S.A. connection is about to get a boost, particularly for those residing in the Mother City, as United Airlines announces non-stop flights between Cape Town and New York (Newark) launching later this year. Scheduled to take off in December 2019, United’s long-haul service between New York (EWR) and Cape Town will decrease the current flight time by more than four hours and provide travellers with one-stop access to more than 80 cities across the United States. United will operate the Boeing 787-9 Dreamliner on the route; features include 48 seats in United Polaris business class, 88 seats in Economy Plus and 116 seats in economy class.

Update on the AU Passport

Visa-free travel for all African citizens, to all African countries – this is the promise of the proposed African Union passport. While the AU passport is negotiating its way through various levels of bureaucracy, when it comes to pass it will solve a very real problem, particularly for business travellers. Intra-African travel is notoriously expensive, and a single African passport will transform business travel within the continent by promoting free movement and lessening the cost and burden of visa applications. While the AU passport will be welcomed by many, it remains to be seen how quickly the African Union can overcome the challenges in getting it off the ground and into the hands of the travelling public. The passport is planned to be rolled out by 2020, however, it has been plagued by delays. Stay tuned for more updates.

Johannesburg’s O.R. Tambo International Airport has banned ‘irregular-shaped’ luggage and now rejects bags that do not have any flat surfaces or that have long straps (such as duffel bags). The ban comes in the wake of blockages in the airport’s baggage handling system caused by soft-sided, non-uniform luggage. To avoid delays and inconvenience at O.R. Tambo, business travellers are advised to invest in hard-shell suitcases for checked luggage, or, if your bag is denied at the check-in counter then you may be permitted to check it after having it wrapped at approved wrapping stations inside the airport.

SAA has reinstated flights to mainland China with a non-stop service to Guangzhou which will launch on 18 September 2019. The three times per week service will provide seamless connectivity between O.R. Tambo International Airport and Guangzhou, China’s manufacturing hub and an important destination in trade and export. Flying time will be 13 hours, 40 minutes on the Airbus A340-300 which is the same model SAA uses between Johannesburg and Hong Kong. SAA has interline agreements with China Southern Airlines, China Eastern, Air China and Hainan Airlines which extend travel options for customers flying from Johannesburg to Guangzhou.

In April, Club Travel Corporate welcomed a new CEO in Kananelo Makhetha. Kananelo is a respected travel industry leader who brings more than twenty years of executive management experience in travel and tourism, most recently as Chief Executive Officer of Travelex Africa where he oversaw the leadership and management of operations in South Africa and Sub-Saharan Africa since 2014. Prior to joining Travelex, he was Managing Director of BCDTravel from 1996 to 2014 where he was responsible for the strategic direction of the company. In addition to his roles in the private sector, Kananelo was a member of the South African government’s ministerial task group for tourism sector transformation (2002), a past president of ASATA (1998 – 2001), and a past board member of South African Tourism. Read about Kananelo’s appointment in Bizcommunity.

Is there a story you’d like us to feature? Perhaps you have a story to share? We’d love to hear from you so tweet us @ClubTravelCorp or email us on corp@clubtravel.co.za. 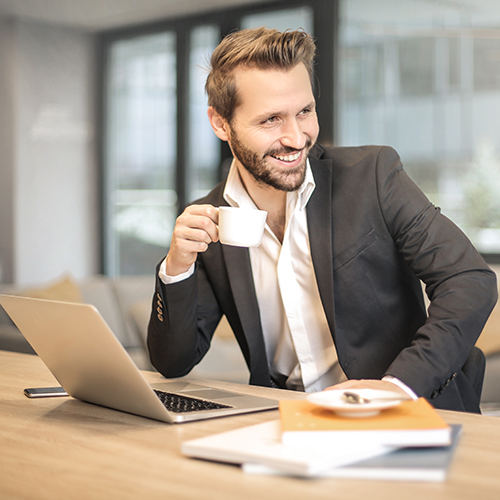